The culture of the people of India is religious. Indian culture will disappear if its constituent elements are devoid of any religious content.

Language, dress, home, food, customs, manners and fine and performing arts are the elements that constitute the culture of a given group of people. None of these needs to have anything to do with religion. Therefore, one can see a more or less secular culture in many countries.

In Indian culture, however, all these elements are connected to the Vedic religion. This is so because in the Vedic vision of God, the world is non-separate from Him. All human pursuits are also connected to religion. The pursuit of wealth is seeking the grace of the Goddess of Wealth, Dhanalakṣmῑ; making a good home is the grace of Gṛhalakṣmῑ; success is Jayalakṣmῑ; children are Santānalakṣmῑ; marriage is Varalakṣmῑ and one’s well-being is Saubhāgyalakṣmῑ. Even virtues like courage and strength are looked upon as the grace of God. Any knowledge is looked upon as Goddess Sarasvatῑ. In short, no pursuit or object of pursuit is secular. The human body itself is a temple. Bathing, dressing and ornamentation, alaṇkāra, are all a ritual of worship. Washing the dwelling place every day and decorating the entrance with rangoli are done to invite Goddess Lakṣmῑ. Greeting people with folded hands is an act of worship.

This religious culture, which touches every aspect of one’s life, including the scheme of things in which one lives, was imbibed naturally from one’s home and the cultural atmosphere of the immediate community. Not any more. The parents are busy earning their livelihood in the competitive society and a joint family is a rare exception. So, the children have to be taught methodically the religious cultural forms and their meaning, in a classroom situation. 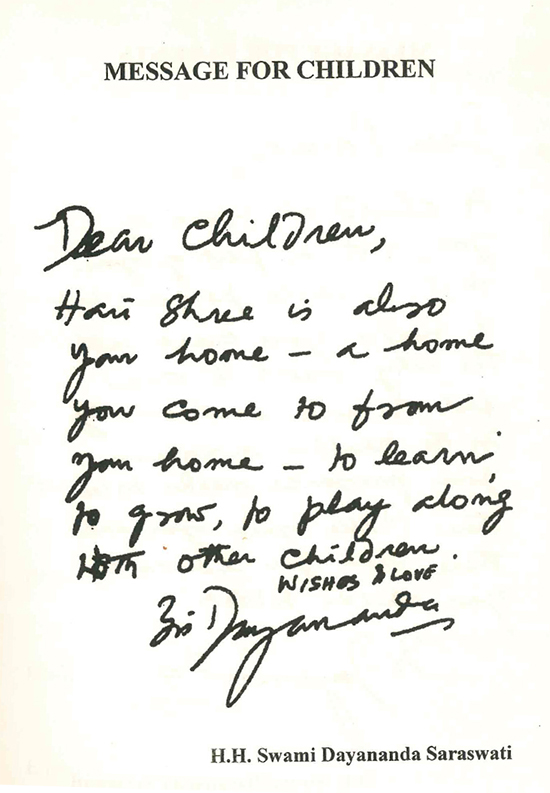 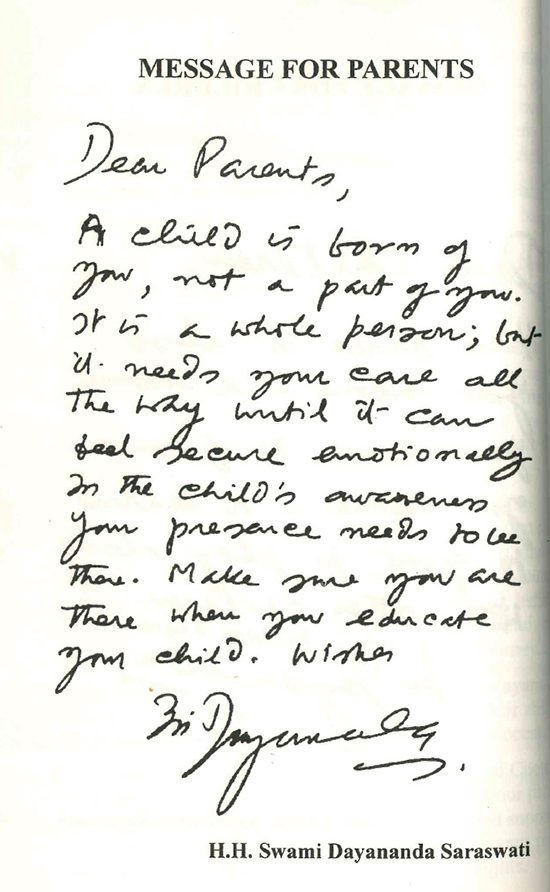